Every year, the American Council of Teachers of Russian accepts nominations for the Russian Scholar Laureate Award. Each high-school Russian program can put forward only one candidate, who is then considered to receive one of only 30 awards nationwide.

Please join us in congratulating , a junior from Chesterfield, who has been named a 2022 Russian Scholar Laureate! Mason earned the nomination and award with two years of outstanding academic performance, blending a natural flair for languages with consistently diligent work. 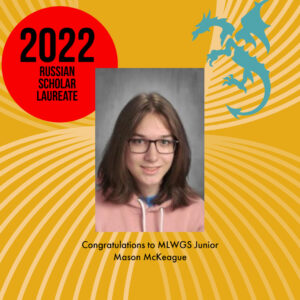