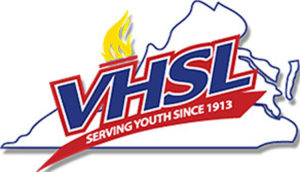 CHARLOTTESVILLE, VA — Some familiar faces and two first-timers lead the way in the 2021-22 National Guard Cup presented by the Virginia Army National Guard for year-long athletic success. The schools claiming Cups for the first time include Glenvar in Class 2 and Battlefield in Class 3. In Class 1, Auburn won for the fourth straight time and the fifth time in six years (no Cups in 2019-20 due to COVID-19) … in Class 3, Maggie Walked claimed its seventh Cup overall, after winning six in a row in Class 2 from 2014-19 … in Class 4, Western Albemarle won its fourth straight Cup and seventh overall, after winning the past three in Class 3 … in Class 5, Deep Run won its fourth Cup since 2017.

First awarded in 1990, the Cup represents 33 seasons of excellence, with six Cups awarded for academic activities and athletics in each of the VHSL’s six enrollment classifications.

National Guard Cup winners for achievement in athletics from 1990-2022: